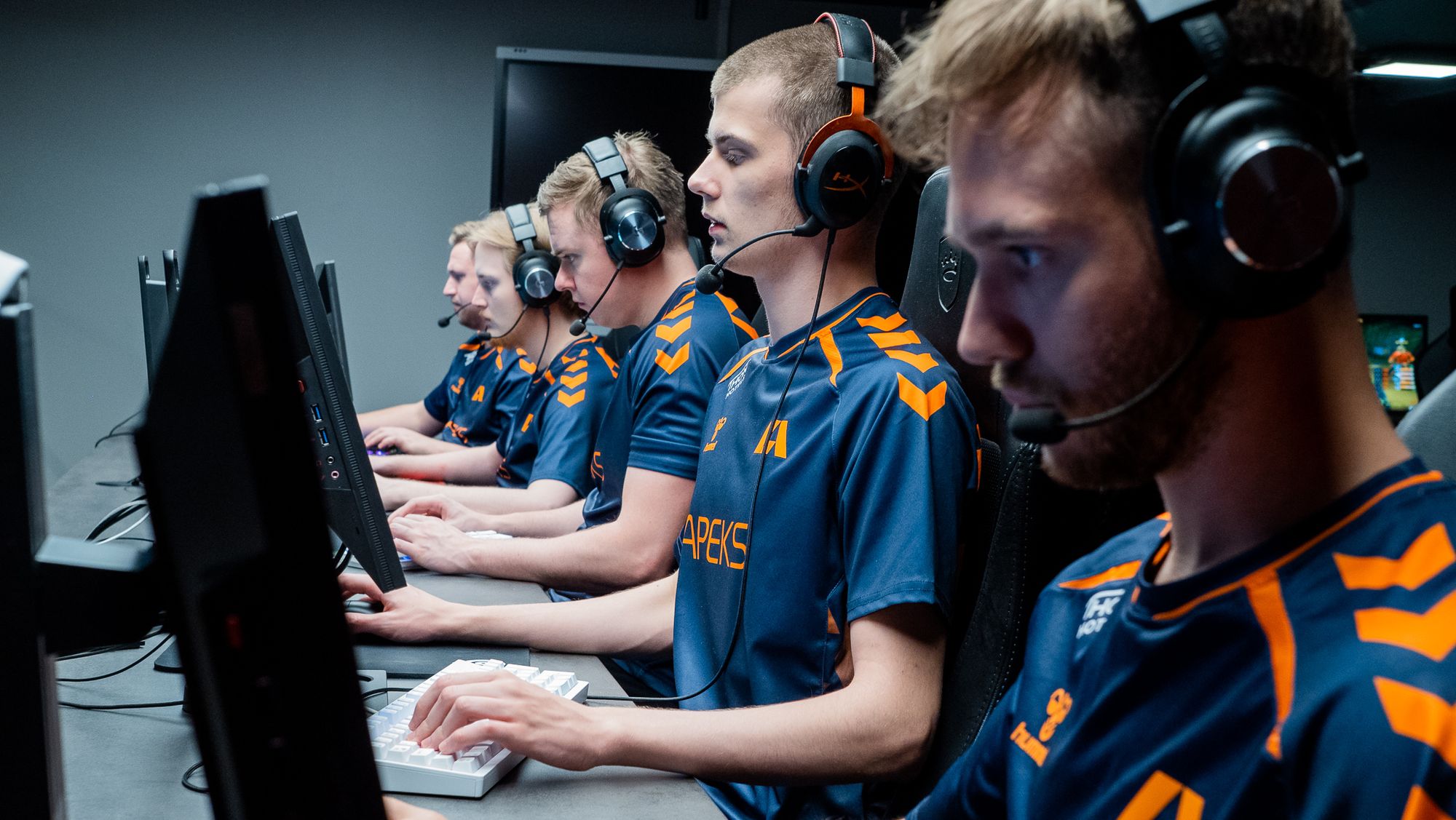 Hey. Just wanted to write down a reflection of past couple months that I have been part of Apeks. We have been playing together since the beginning of the year and we are about to hit our first break. The season was pretty hectic, roller-coaster of up and downs but ultimately, more downs.

Last week it was published that we are parting ways with two players, AcilioN and chawzyyy as they are moved to bench. This is a result of poor results that accumulated over past months. It is no secret that we were slumping in May and June both individually and team-wise. We felt like we need a change to overcome this and it will be better for our long-term goals to fix the lineup now, before summer break.

When we started in the early 2022, everything was rather smooth. We were improving steadily, we were adding a lot of stuff to our playbook because everyone had ideas from their previous teams and we could see progress on almost daily basis. That is expected, obviously, when you are new team, you improve faster because you are making sure your fundamentals are in check and you spend a lot of time talking getting each teammate on the same page. We played well in first tournament (https://www.hltv.org/events/6353/pinnacle-winter-series-1) as we walked into the final with relative ease, falling down to K23. It is not like we played some super elaborate CS, but you could definitely feel the atmosphere being “hungry for wins” as we were new lineup, with loads of potential and lots to prove.

Our plan was to attend bootcamps in Oslo, Norway almost every month. We were not qualified for any LANs and we are not partner team of ESL (Louvre Agreement) nor BLAST, so LANs were rare for us. Therefore bootcamps were only place for us to meet, have some meaningful teambuilding activities and speed up our progression. First two bootcamps were amazing. Getting to know new players, how they behave and what they do to improve is always refreshing and I loved every second of it. On top of that, Apeks is very solid organisation that made sure we are having best conditions to perform. Perfect office, hotel right next to it, personal chef and original team building tasks was making it very easy for us to perform well and build the team atmosphere from the ground.

Fast forward to March, it was the Antwerp Major time. We had to go through Open Qualifiers, which are always pain in the ass due to the format of BO1s against solid teams, and it showed that we were far from ready. Up to that point, we were playing only BO3s and we put heavy focus on that. We had solid map pool with dust2 as permaban, but we had no real comfort maps we could beat any top30 team on other than mirage. And even that was shaky sometimes. Out of 4 open qualifiers we only made it to Ro16 only once, falling to Anonymo on map we thought we were decent at (Ancient), but I can tell you that how teams play Ancient in practice and how it is played in officials is almost night and day difference. So yeah, huge blow.  When we created this lineup our goal was to get to Major, although it was 2nd Major of the year, not Antwerp one. Still, we were top30 team in rankings and felt like we could deserve to be there, but that was not the case.

After that, we went back to usual business - Pinnacle. With no real LAN in sight, sadly. However, we recieved invite to Tipsport Bratislava event which we gladly accepted to get the feeling how we perform on LAN, it was still far from optimal. I would consider it regional LAN, not international. We won that, without any real trouble but instead of confidence boost it felt like beginning of our slump period. Last good tournament for us was IEM Dallas Closed Qualifier, where we put up good show beating Movistar Riders 2:0 and fight closely with CPH Flames, in the end it was not enough and we missed out on IEM Dallas by smallest of margin (due to many teams pulling out and being replaced).

After that, real issues started to come. Our practice was not great, we were forgetting fundamentals of CS, focusing on wrong things and most importantly, we forgot to have fun. Mood spiraled down due to that and losing some official games that we should be winning any day of the week did not help. Confidence for all of us was low, it showed on the server. We stopped progressing so much, that I thought we are actually regressing. In-game problems started to show in tense and heated situations. Emotions got best of us at times and conflicts sometimes ended in a way we had to cancel practice to talk it out (sorry to those teams we had to cancel on short notice). We realized we were not on the same page in most crucial aspect of team game - problem solving. Some players wanted it “rough”, straight to the point, to move on and abosrb it. Some players needed to talk it out thoroughly, calmly, in reflection, without emotions clouding our mind. It was a mismatch that we tried to fix by being tolerant of one another, but ultimately we realized in fast-paced FPS game that is all about communication this compromise is borderline impossible.

Now you may ask why was it so hard for us to solve this, or work on it with our coaching staff or get proper help. Well, let me tell you one great thing about writing Reflection like this. It becomes more clear to me only now. After some time has passed. At that exact moment I had storm of thoughts in my brain and could not pinpoint what is the actual problem. And once you can not find it, it is very hard to work on it. We as a team had to calm down to really see what was going on and engrave it to our brains because if this happens again in our careers, we will be ready to react a bit better.

This is a collaborative mistake. A team mistake. We failed as a team, there is no exact person to blame and it would be unfair to say that changing the two players mean they were the issue. This is a team game and as team success is celebrated in union, team downfall is cause by every member. This is probably the biggest take-away that not only I learned, but through this Reflection I wish to pass onto other teams as well. If you are a player and integral part of the team, you have to take your responsibility to have difficult talks sometimes or do difficult decision, because staying away in passive position will almost always come back and haunt you. Just like in life.

This led us to believe that this is perfect time for change. If next major is our priority, do we see us getting there with what we have right now? Most likely not, and that is an issue. After many team and individual meetings the decision was made. I feel like this was huge learning experience for all of us because we are all good friends, the issues in-game that we have are not dealbreaking and are fixable, but the personality mismatch was too much to overcome together with poor period of results. I spoke/wrote with both AcilioN and chawzyyy after they were told what is the situation and I have nothing but respect for both. I think we all dealt with it like adults (yeah, I know chawzyyy is not really an adult and that is one extra reason I respect him).

For now, we are concluding our options, we are obviously looking for 2 players to fill in. Role changes are very likely as well within the team, so it is hard for me to predict the direction of the team. All I can say is that next Major still stays our priority and that with finding solid replacement, we can become better team compared to what we had. As of now I know that we are interviewing some players that are potentially interested in joining us or we are interested in them. If you want first-hand updates make sure to follow me or my team on social media, we will announce everything there when time is right.

Take care, thanks for the support and see you soon with fresh faces in the team :)